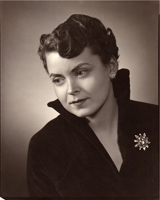 Ed Bennett enjoyed an accomplished career in sales and management with Parker Hannifin Corporation for 20+ years in the Midwest.  So imagine his family's surprise when he announced in 1985:  "We're heading to Orlando!" (and he didn't mean on vacation).  It was the moment he had been awaiting:  to engage his own entrepreneurial spirit by running his own Parker Fluid Connector distributorship.

Lucky for Ed, he had a wife, Evelyn, who not only supported the move from the Cleveland area, but was also a CPA.  Her experience and capabilities proved to be vital to the success of the company.  Many customers and vendors still remark at Evelyn's strong will and determination when it came to fair invoicing, freight, and delivery issues.  What initially might have started as a "fight to the finish" phone call most often than not ended with a pleasant "thank you and have a good day."

As the company grew in terms of new product offerings, so did its locations and staff.  First of the siblings to join the team was Gordon (son), followed by Bradley (son), Steve (son-in-law), Robin (daughter) and Donna (sister-in-law).  In 1990 the company opened its Palm Beach branch, which was known as Palm Beach Hose & Fittings, Inc.

In 2007, due to new so many new products added, and expansion of territory throughout all of Florida, a new DBA was founded:  Florida Motion & Control, or FloMoCo.  FloMoCo represents a full offering of leading edge fluid power and automation components from quality suppliers such as Parker Hannifin, Continental Hydraulics, IDEC, Leuze, and many others. 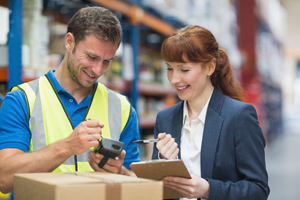 Florida Motion & Control is committed to being your value added partner for fluid power and automation components and systems.  We accomplish this with:

- Product knowledge.  Our inside and outside staff are personable and factory trained.  We are not just part number people, but a staff of professionals who understand fluid power and automation and can work with you to help solve industrial problems.

- Inventory.  Florida Motion & Control has the largest Parker inventory in all of Florida.

- Personal Assistance.  When you call one of our two Florida locations, we personally take your phone call.  No navigating through a maze of automated attendants, only to finally get dropped into voice mail.

• Honesty.  We may not always give you the answer you want to hear, but we will do our best to provide you with an honest answer.  Shipping delays, price increases, and just plain screw ups happen.  Letting you know is better than not.  In situations like this, honesty is truly the best policy.

• Fairness.  We often sell highly technical components and systems.  On the other side, we also sell commodity items such as hose, fittings, and electrical push buttons.  In all cases, we do our best to provide our customers with the best value possible.

• Personal attention.  Yes, the business world moves at Internet speeds.  But there is still something to be said for a company that offers personal communication between its staff and customers, whether it be via email or phone.  This is especially true during an urgent issue.